Why choose us and a bit about our history

Back in 2010, following the hard years of recession, I decided to open a small French Café & Bistro in my local neighbourhood. Thinking the local community will support the business as everyone was craving a food and water hole in our very much residential neighbourhood. The local support was very irregular and simply did not go far enough, so I decided to take our skills and passion out on the roads to find greater support.

I looked for the perfect van for our authentique French concept and when I found the Citroën HY it was love at first sight. As a young boy growing up in in the 70s within a French community the van brought back sweet childhood memories and nostalgia. The research of a van and restoration company was nothing but easy to match criteria and budget, but eventually I found one that at least matched my budget. I remember going to see them for the first time feeling like I was going to see my first puppy dog. That good feeling was not going to last for long unfortunately.

Having no experience in shopping for mobile catering vans I ended up doing a number of mistakes. Not knowing what to look for and not being able to judge what I saw I bought something that was not what it said it was on the paper. Yes, we could see it needed a lot of small aesthetical fixes and and an overhaul engine check, but I couldn’t value the work without knowing any mechanics or classic car restoration.

Once I was in possession of my vehicle I needed to find a mobile catering conversion company. I called them all but they were usually busy for the next six months and excited as a kid on Christmas I couldn’t wait that long. I finally found one that could take it on immediately, 8 hours drive north of London. They claimed they were experienced in Citroën HY conversions and promised a three months completion time. The warning signs were there but having no experience and being too eager to get it up and running I didn’t see them.

Come 3 months I was getting ready to pick up my van but there was nothing to pick up. I had to wait for another 7 months to see it “finished”. Soon after I was preparing the van to roll out in business but it would not start and the breaks had ceased. Quite frustrated having our staff and food prepped I called the seller who wouldn’t hear any of it as it was 6 months after it passed the MOT test. It was up to me to fix something I had not clue what needed to be fixed or why.

I eventually found a mechanic that believed he was a Citroen HY whisperer, yet it took another 2 months in the garage and many many parts changed, but I could finally drive it.

The almost year and half of making mistakes and paying dearly for them I knew I had to test this baby before going out in public. Inviting friends and family to what I hoped to be a fantastic kick off ended up in disaster with major gas leaks that now made the van unusable and unsafe to operate.

The catering conversion company wanted to have the vehicle returned to them for another 2 months to repair but by now my trust is all gone in any of my suppliers so before sending it back to them I had a second opinon from a more expensive and more professional catering conversion company. They could see by my images that all the gas and electric work was done wrong, so wrong that we were lucky not having been blown up in the air. This statement set me on a path I wish I didn’t take. I decided to pursue legal actions against the conversion company which obviously absorbed so much of my time and money and I still had to get the van fixed as soon as possible so I could start trading. I am now almost 2 years behind schedule bleeding money left right and centre.

I finally took the van to a proper conversion company and they had to strip and rebuild it to legal requirements and re-do the gas and electrics. 6 months later I had a legal working van and a large bill to pay.

But, learning things the hard way usually sets you up for something better (E + A = O Event+Action Equals Opportunity). I realised I was not alone in this miserable journey that was meant to be one of my most exciting life projects. I met some amazing people along the way to get the van in proper shape and together with them I wanted to start something that would not allow the frauds to use people like me, who is willing to take the risk to pursue their dreams.

My next dream started to take shape and today I could not be more happy or proud of what we have achieved. We have turned over rusty gems into bright diamonds that bring happiness and good business to dreamers and business people alike all over the world. 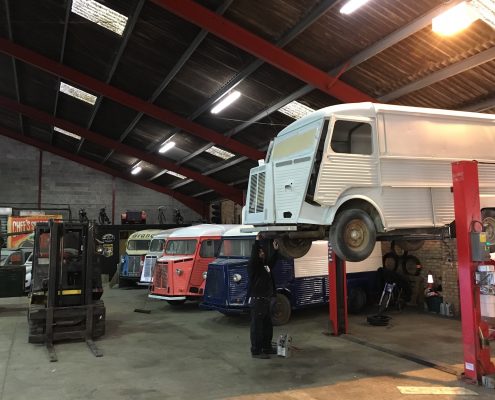 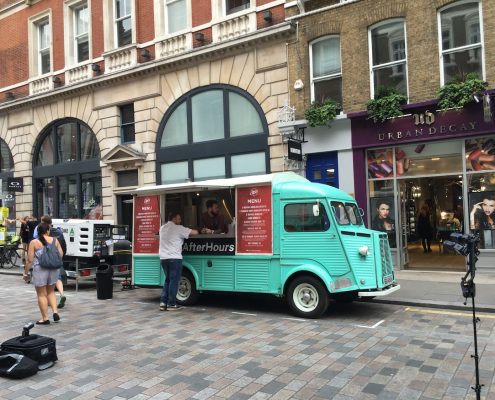 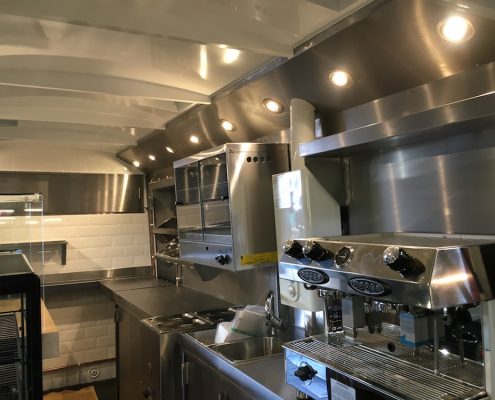 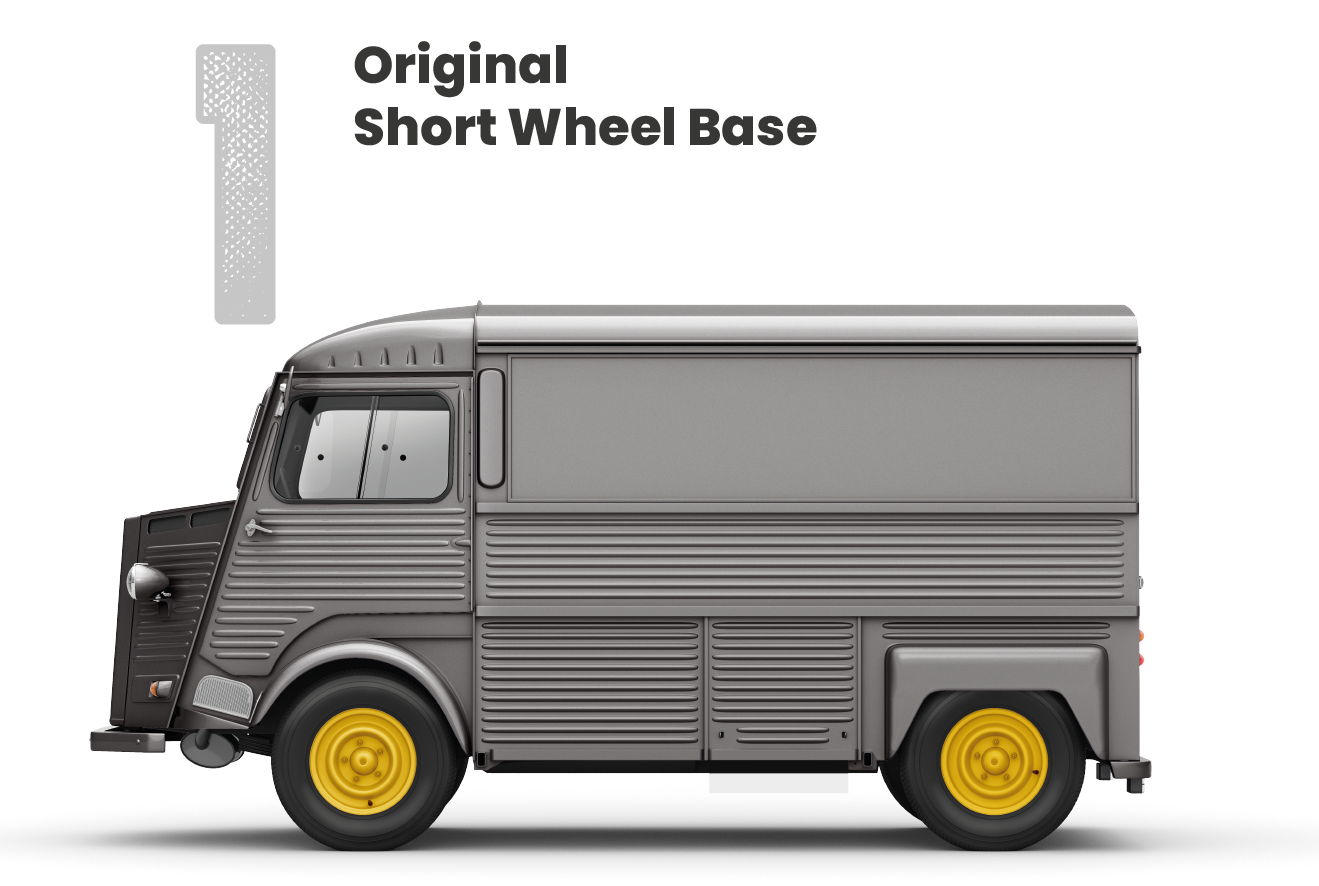 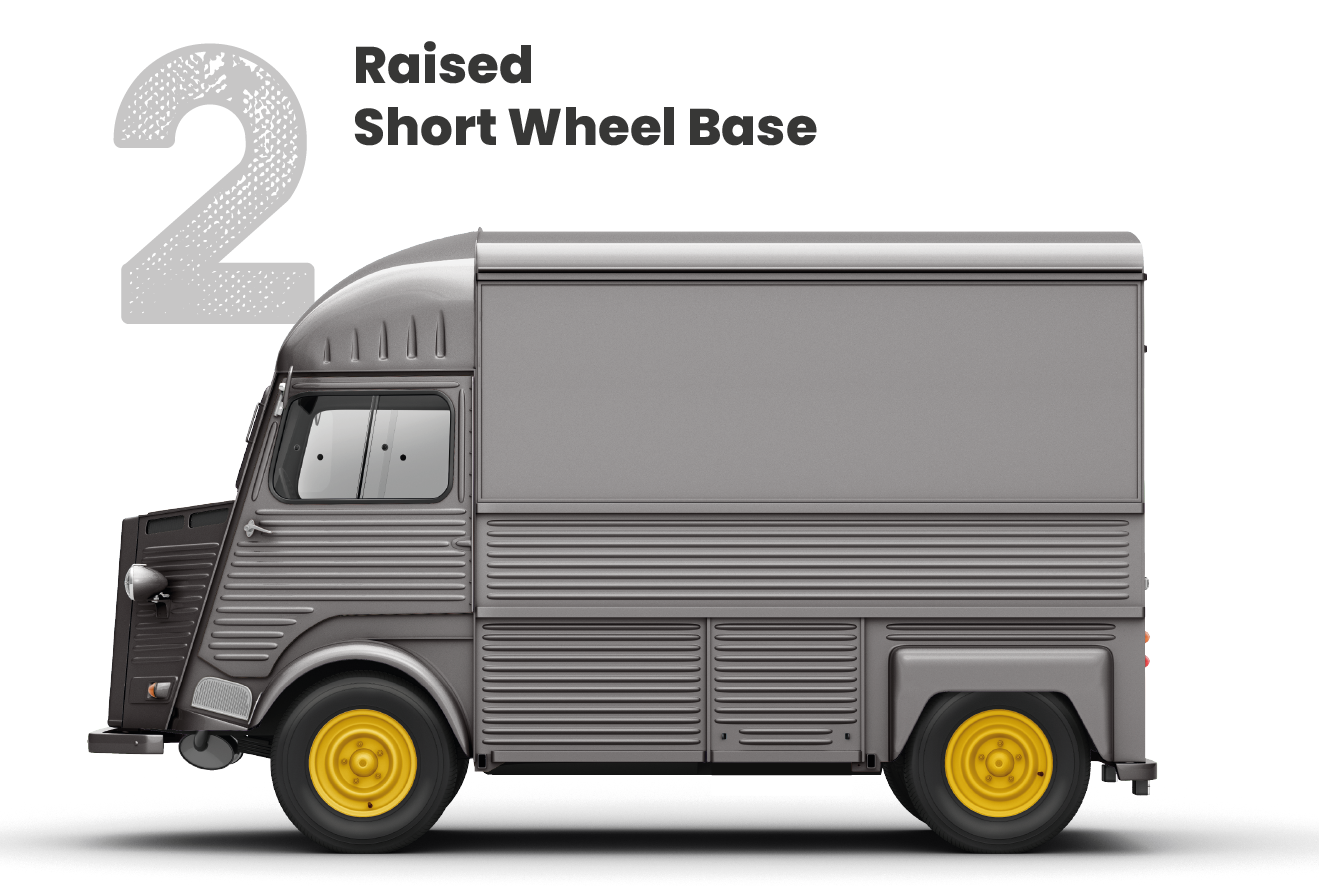 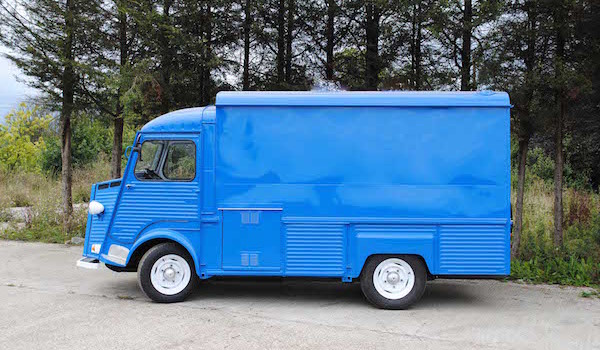 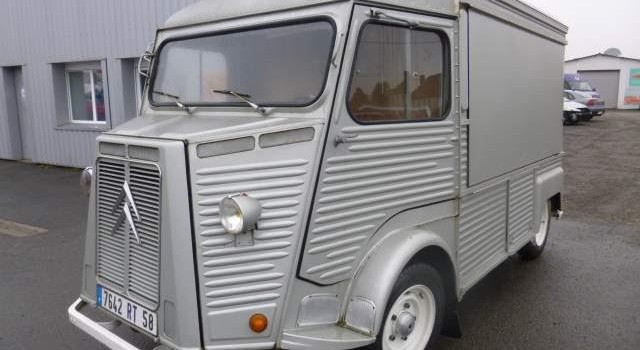 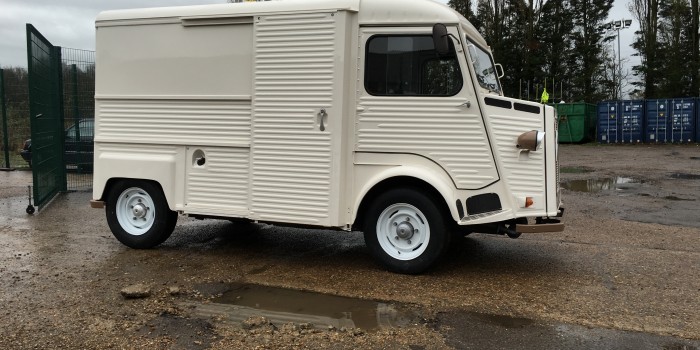 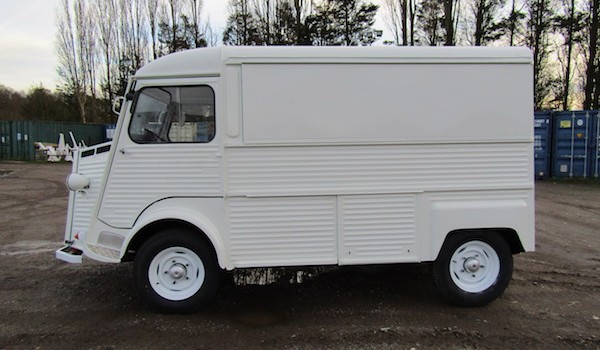 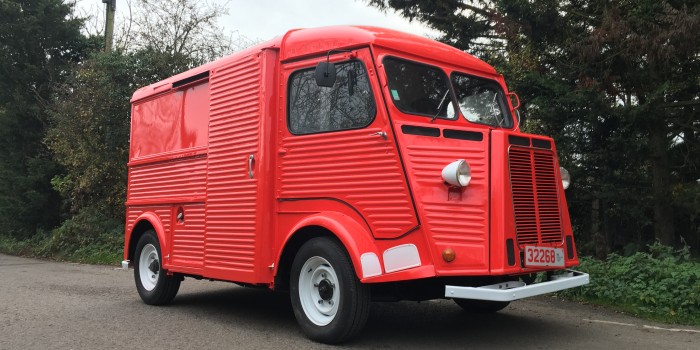 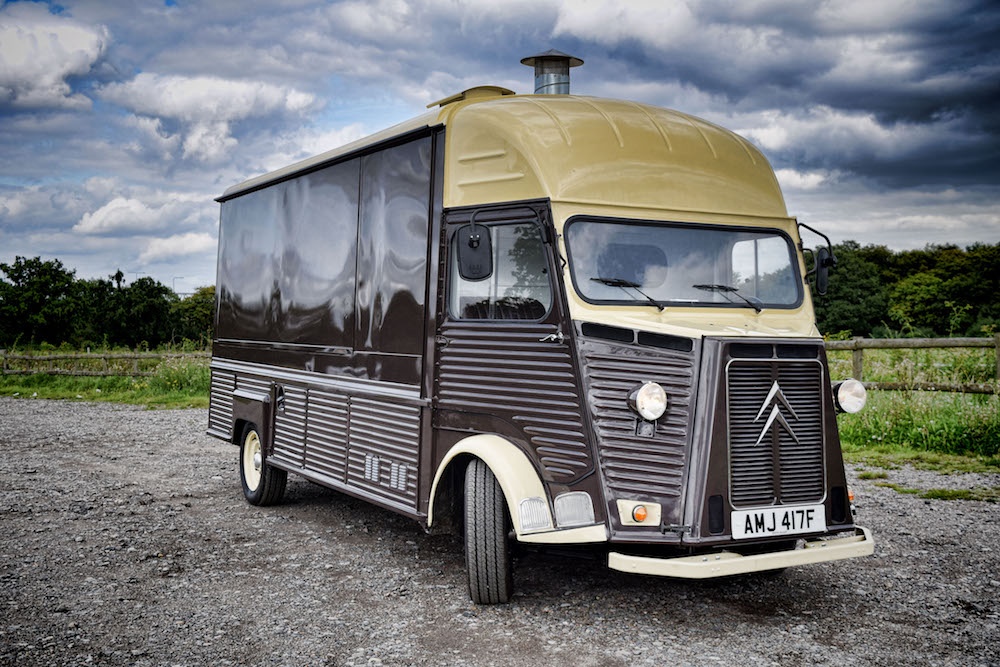 MORE ABOUT OUR SERVICES 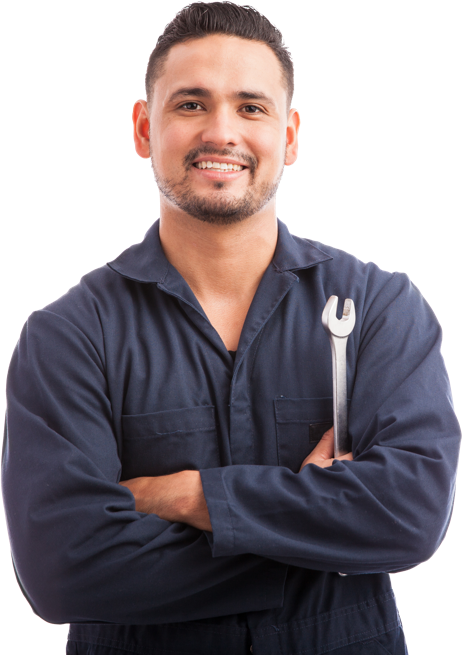 Due to the Government including mobile catering businesses as being exempt from closure during this period.

CitroenHvan.eu has developed a new London initiative to support traders, local communities and drive social awareness during the Coronavirus.

We have now signed up 74 permanent sites for food trucks and stalls across London.

We’ll shortly commence a comprehensive review of all existing traders and new applicants.

Street traders or startups can now apply for approval which will allow them to receive our general guide and fees.